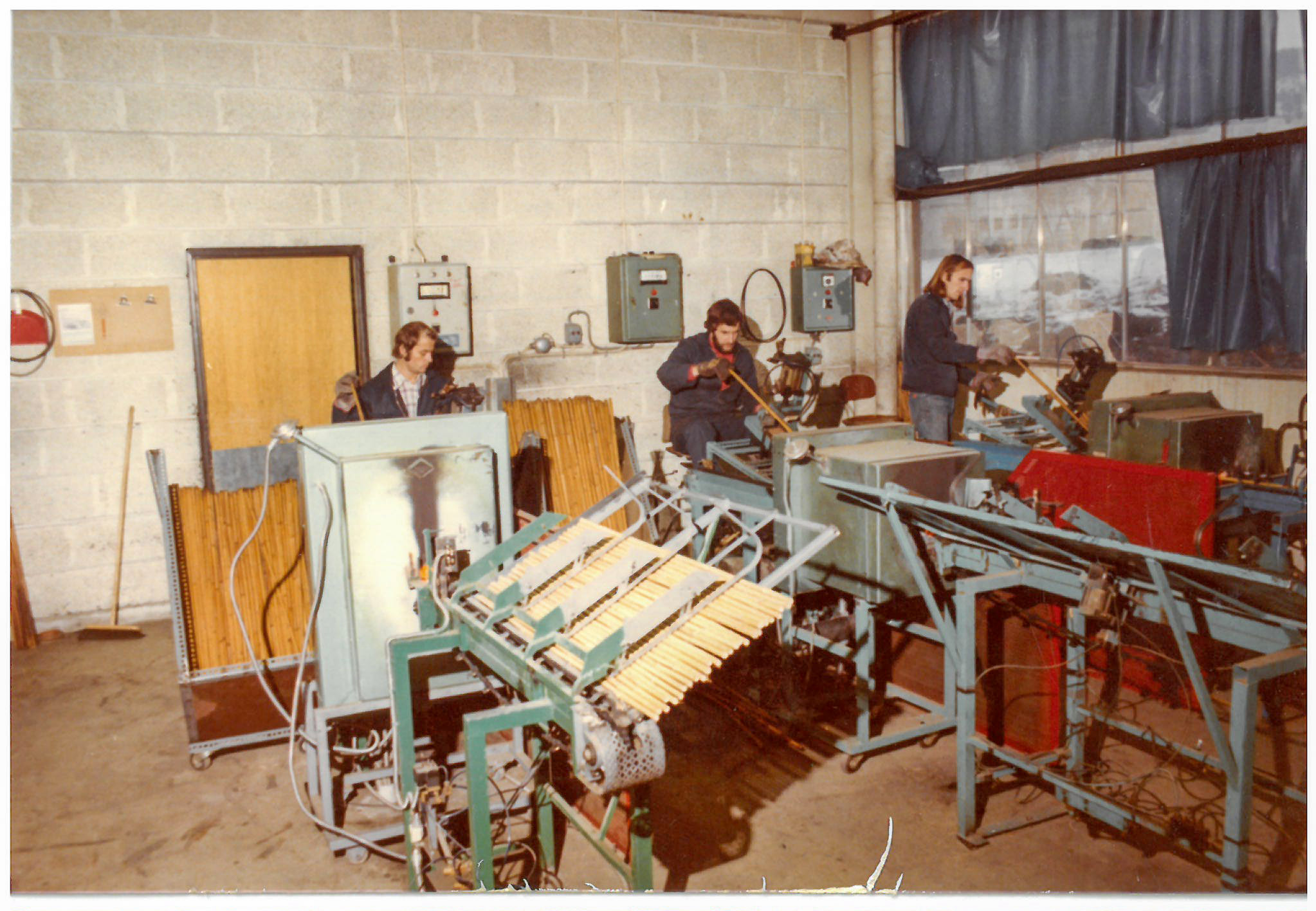 He is sometimes called “Mr Swix”. Harald Bjerke is the one who has worked the longest at the company, 50 years, and who still remains, now as senior advisor. He was involved when Swix in 1974 bought Liljedahl, a ski pole factory in Lillehammer, which then produced almost one million pairs of bamboo poles annually. Since Harald Bjerke has experience from large-scale bamboo pole production, I asked him what it was like to manufacture bamboo ski poles in the good old days.

What bamboo were you looking for? How did you reason about bamboo as a pole shaft, and what criteria did you have when you selected the canes?

— We imported Tonkin bamboo from China, from ports in the Gulf of Tonkin, and we traded through agents. The Tonkin canes were packaged in bundles and had a diameter of 16, 15 and 14 mm, and a length of about three meters. The diameter of 16, 15, or 14 was crucial to fit the plastic grips and ferrules, where the tips and baskets were mounted, explains Harald Bjerke and continues.

— It was also important to have a certain thickness on the cell walls, but that was rarely a problem. A short distance between the nodes was an advantage because the ski poles then became a little stiffer.

How was the quality of the bamboo? How much wastage did you have?

— The wastage of the bamboo may have been between ten and twenty percent. The agents did a good job of specifying what we wanted from China.

I’ve seen how bamboo has been straightened over open fire and with blowtorch. Did you heat up and straighten the canes too?

— We tried to buy as straight Tonkin canes as possible, but all bamboo must be straightened further. At Liljedahl’s ski pole factory in Lillehammer [which Swix bought in 1974], there were several heating ovens and “stamps” to straighten the canes.

— Then we sanded the nodes so that they would be as smooth as possible and get a nice finish when they were varnished. When we finally paired the poles, we based it on the similarity and the distances between the nodes.

How many bamboo ski poles did Swix/Liljedahl sell per year?

Why did Swix, and others, cease making ski poles of bamboo?

— Fiberglass poles became cheaper to produce. There was a lot more production time and work behind a pair of Tonkin sticks. Bamboo was considered an ordinary ski pole that became too expensive to make compared to the colorful fiberglass poles. It has now been 35 years since Swix manufactured the last bamboo poles.

Fun facts about Swix and my great-grandfather Olle Rimfors. The system he developed with his waxing chart in the 1920s was the basis for the principles Astra and their subsidiary Wallco used when they launched the Swix ski waxes in the 1940s. Before Olle Rimfors published his waxing chart, the ski wax market, and how/when to use the waxes, was pretty much in chaos.