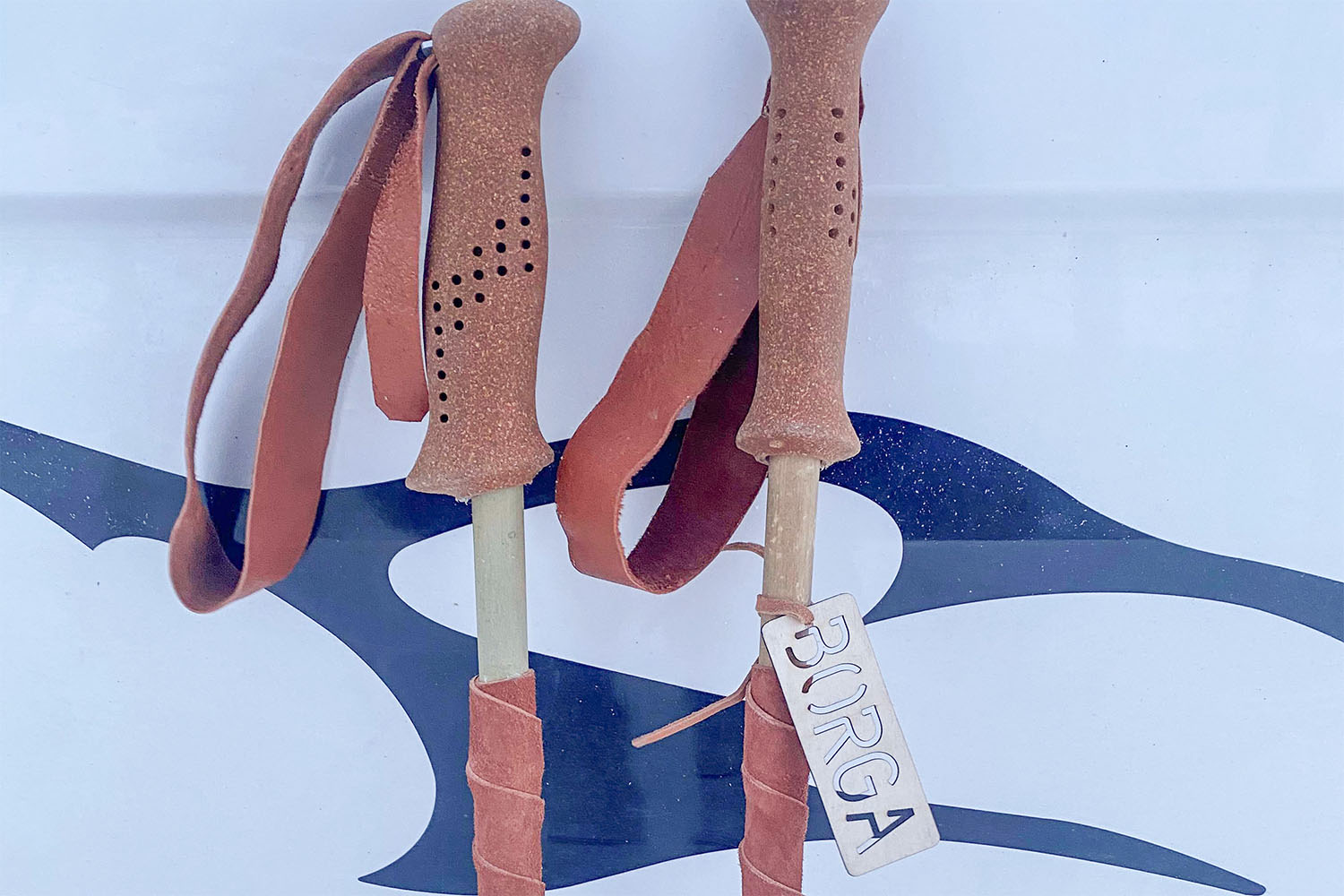 Two poles. One pole. Or no poles at all. Some researchers believe that the pole is older than the ski, but apparently people have done well no matter how many poles. In Borgafjäll lives a living legend of Swedish skiing, and he has been skiing without poles since 1992. After a long life as a professional skier, who began with hot dogging and freestyle frontflips in the 70’s and then continued with speed skiing and powder-8 in the 80’s, with World Cup gold medals and world records, Pancho Snöfall was already really experienced when he cruised down the Alaskan mountains of Valdez in the world’s first competition in extreme skiing in 1992. Nowadays it is called freeride, and he has skied for almost 30 years without ski poles, so Pancho knows what he is talking about when it comes to skiing.

– Without any poles, you avoid bad pole planting, that might otherwise end up between the skis. You cannot be careless, and you are forced to focus on doing the right thing with your feet and put the center of gravity in the right place. And there’s no risk forgetting your sticks anywhere, Pancho explains with a broad smile.

– You also do not freeze your hands because blood circulation is not inhibited by squeezing a grip. You probably keep warm better without poles because you move your entire body more and in a more surf-like manner. And you can keep a higher speed on the catwalks, as you can take longer and more efficient skates without sticks. You tend to go a little lower with your butt and get a fantastic shot, Pancho points out.

Pancho’s heart beats as much for the environment and climate as my own. We are also born in the same municipality in Skåne, and even though Pancho then emigrated to Riksgränsen via Småland, and has now relocated to southernmost Lapland, it feels just right when we now, together with his bonus son Joakim Engwall, ironically start working together on making ski poles; bamboo ski poles.

Together with his wife, Joakim runs Borgagården, and during the pandemic, they have supplemented their business with the Borga chair a well-balanced, beautiful, and functional chair that Jocke and Pancho make together and send all over the country.

The first day on the slopes, the ski pole ferrule, with tip and basket, came loose from one of my friend’s poles. When I reattached it with hot melt glue in Borgagården’s carpentry workshop, we started talking about how the Borga chair could be supplemented with the Borga pole – a handmade bamboo ski pole made right opposite the majestic Borgahällan mountain face.

Getting colleagues in the bamboo ski stick industry is great fun, not only because it’s more fun to do things together but also because we can collaborate on purchases and orders and exchange experiences. In addition, the world gets better through collaborations and joint ventures. Protectionism and selfishness rarely lead to anything good.

Now we are starting to become a small brotherhood in the bamboo stick business: Kustomaid in the Netherlands, Bumbear in Bulgaria, and now also Jocke and Pancho in Borga. Shared joy is a double joy!

And as for one, two or no poles at all, the latter is by far the best for the environment.