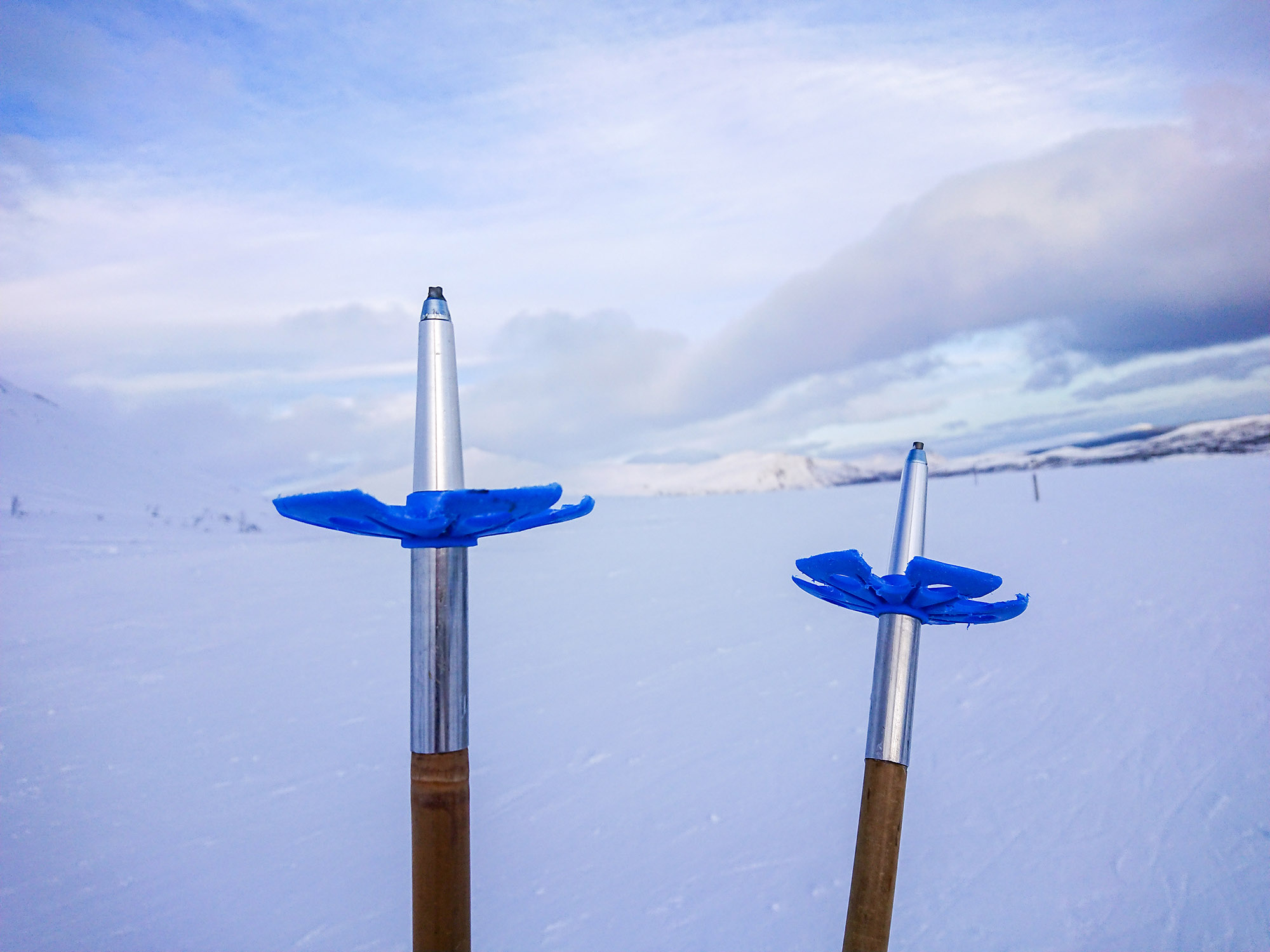 After a good night’s sleep and traveling the most comfortable way possible, we arrive by train to Kittelfjäll starving for some skiing; and testing my new ski pole ferrules. Will the baskets stay in place? Will the ferrule stay in place? Of course, the train station is in nearby Vilhelmina, but after traveling from Hässleholm in southern Sweden the night before straight to the Scandinavian mountain range, train is better than all other alternatives, not only for the environment but also for sleep and simplicity.

Gnosjö Automatsvarvning could not have done it better. The ferrules work flawlessly and are rock solid. We’re fencing with small mountain birches, slapping snow-laden spruces, playing in ravines, the park and all over the mountain. It is enough. Now I know that the design works and the poles are ready, except for the straps, which are still under development. But more about that later.

Inspired by Marcus Caston and his Return of the turn, the kids present their own episode, with their bamboo sticks in focus of course.