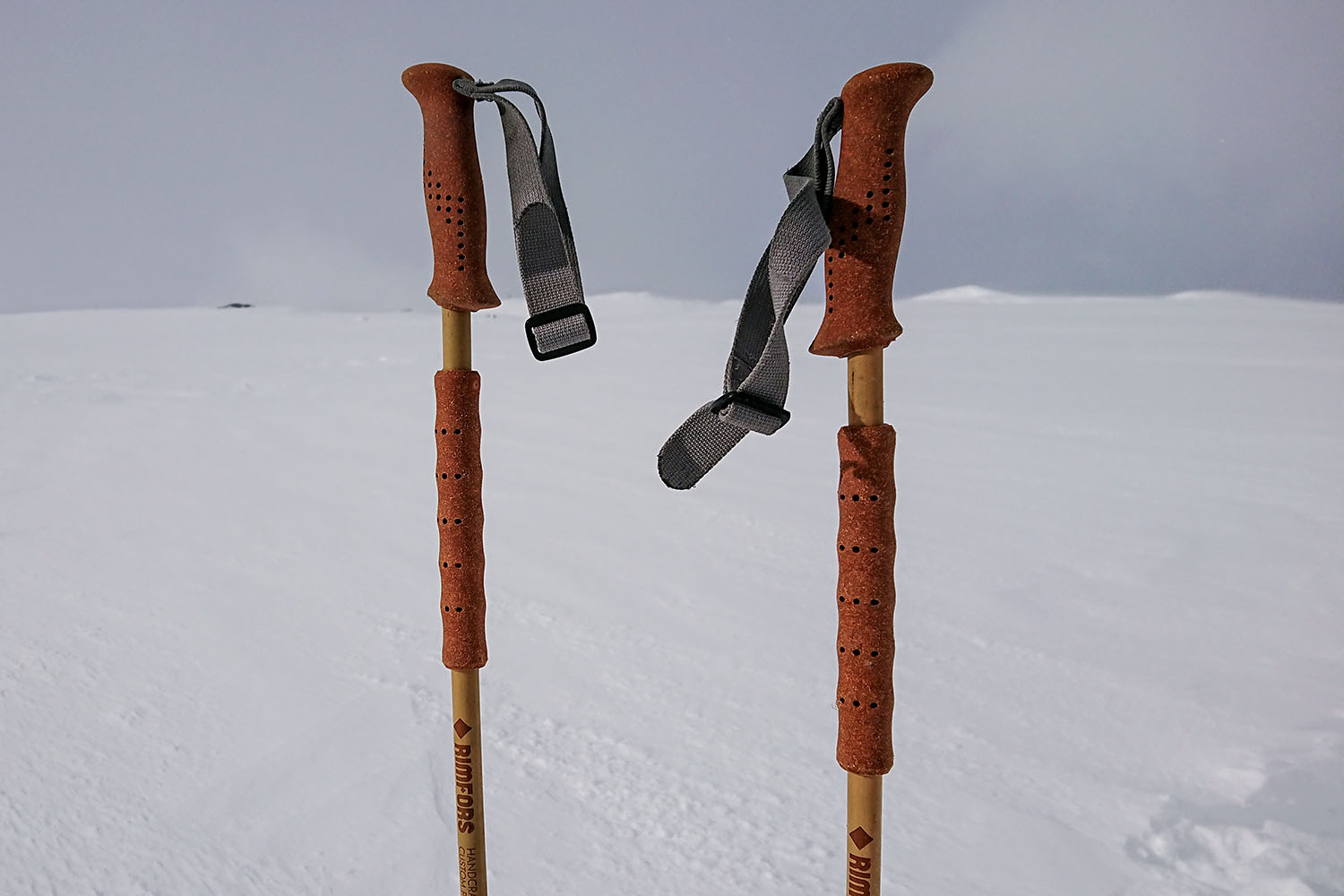 Sure! My bamboo ski poles are not fully finished yet. The straps are still under development. But I need input and experience from more than my family to be able to make the best possible ski poles. My plan was to make prototypes this season and to have a ready-made concept and site for them in time for next winter. But the last few months have been anything but normal in the footsteps of the coronavirus, resulting in delayed pole straps and a hard time to get quality bamboo of the right dimensions.

I have a tiny stock of parts and with or without the right straps, I have made a few prototypes that are now collecting feedback from north to south to see if my ideas and materials hold up. Thanks to this, we have been able to test both long ski touring poles with 120 mm baskets and alpine backcountry poles with middle grips. The former bears some resemblance to my great-grandfather’s bamboo sticks with his two patents still in use today: the aluminum ring and the elastic basket.

The large 120 mm basket on one of the touring poles got stuck under the snow in Vålådalen once, and when pulled loose, the ferrule with the basket remained under the snow. But it was easy to re-attach. On both these and the alpine backcountry poles, the grips are just pressed on without glue. That was hard, but I used the same old trick that plumbers have for mounting sewage pipes; a fingertip with linseed oil soap and a drop of water inside the grips make them easier/smooth to press on. The grips fit like a glove on the bamboo.

Another thing in common for these poles is the cork grip, or rather cork mixed with a rubber-like elastomer, which makes the grips slightly lighter in weight and theoretically maybe also a tad warmer. However, the good feel of the grip is the same as with the colorful grips made of elastomer alone.